Bajaj was the first mainstream automaker in India to introduce an electric two-wheeler, and the company is now ramping up its EV efforts with the unveiling of a new Bajaj EV Manufacturing Plant line at its Akurdi plant, just outside Pune.

Bajaj is investing Rs 300 crore in the plant, which will be bolstered by a further Rs 250 crore investment from a number of vendors. The facility will cover almost half a million square feet and have a capacity of 5,00,000 electric vehicles per year.

“Bajaj 2.0 took off on the roaring Pulsar in 2001. Bajaj 3.0 is set to come in Chetak in 2021 “Bajaj Auto managing director Rajiv Bajaj stated. “Except for the implementation of one state-of-the-art ICE platform that is now in development, all of Bajaj’s R&D drivetrain resources are now laser-focused on developing future EV solutions. This partnership shows our opinion that light Electric Vehicles for sustainable urban mobility are a concept whose time has now arrived.” 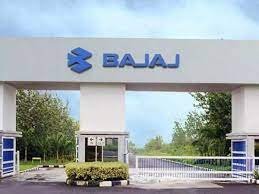 The manufacturing systems being implemented at the new plant, according to Bajaj, are built for a flexible product mix. This, together with Rajiv Bajaj’s statement, almost guarantees that the company’s EV portfolio will expand in the months and years ahead. Bajaj’s commitment to electric mobility appears to have increased dramatically, and the first symptoms of this may have already been seen, with a more cheap Bajaj electric scooter being observed testing.

Are you excited about the New Bajaj EV Manufacturing Plant? Comment down below