Facebook4TweetLinkedInPinEmail
Contents hide
1 BMW R18 cruiser to launch in September
2 Are you excited about the launch of the BMW R18 cruiser? Comment down below
3 Also, see

Though BMW Motorrad India began accepting reservations for the R18 cruiser back in April (for Rs 1 lakh), the bike finally set off to India. The dealership of BMW Motorrad in Delhi will have this on a show for the next few days. We now have details that prices for the BMW R18 will be announced next month.

There is plenty to talk about on BMW’s latest addition to the cruiser segment, but its crown jewel is the massive 1,802cc, air- and oil-cooled engine powering the R18. This engine is the largest ‘boxer’ engine manufactured by BMW Motorrad (meaning it has horizontally-opposed cylinders as you would find in Porsches). The 1.8-liter unit produces 91hp at 4,750rpm, and a torque of 158Nm at 3,000rpm – these figures are not that high considering the size of the engine. The technical feature that distinguishes this BMW is the use of an exposed drive shaft; this is similar to the old BMW R18 cruiser, draws inspiration from.

BMW also offers a wide range of customization options that tailor the design of the bike to suit individual tastes. This involves custom seats, exhausts, side panels, and even a handlebar, giving you the chance to customize this motorcycle to match your needs. There is an optional 21-inch front wheel with optional alloy wheels that replace the regular wire-spoke wheels. Some, if not all of these options for customization are likely to be available in India as well. 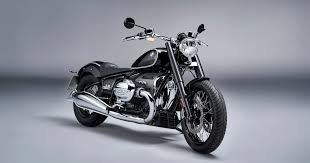 The BMW R18 cruiser has three modes of riding – Snow, Roll, and Rock; a friendly twist on the normal Wind, Road, and Sport. Also, automatic stability control (ASC) and engine torque drag control or MSR are switchable. During fast acceleration or quick downshifts the latter avoids rear-wheel slip. BMW also comes with an electric motor driven reverse gear. This will probably come in handy as the BMW R18 cruiser tips a solid 345 kg to the scales.

BMW will be selling the R18 in two trims-Standard and First Edition, as we mentioned above. The First Edition gets extra chrome features, a shade of Blackstorm metallic paint, and a seat badge on the chrome cover with a ‘First Edition’ clasp. It also contains several more complex accessories such as a copper lettering tank logo, copper screws, a pair of gloves, as well as a screwdriver to mount the logo onto the tank. The First Edition will also feature hill-start assist, heated grips, and headlights for the cornering. It’s not clear at the moment how aggressively BMW is planning to price those bikes. The pandemic threats have made Triumph very aggressively pricing the Street Triple R, and it will be important to see if BMW Motorrad India is heading in a similar direction.

Are you excited about the launch of the BMW R18 cruiser? Comment down below