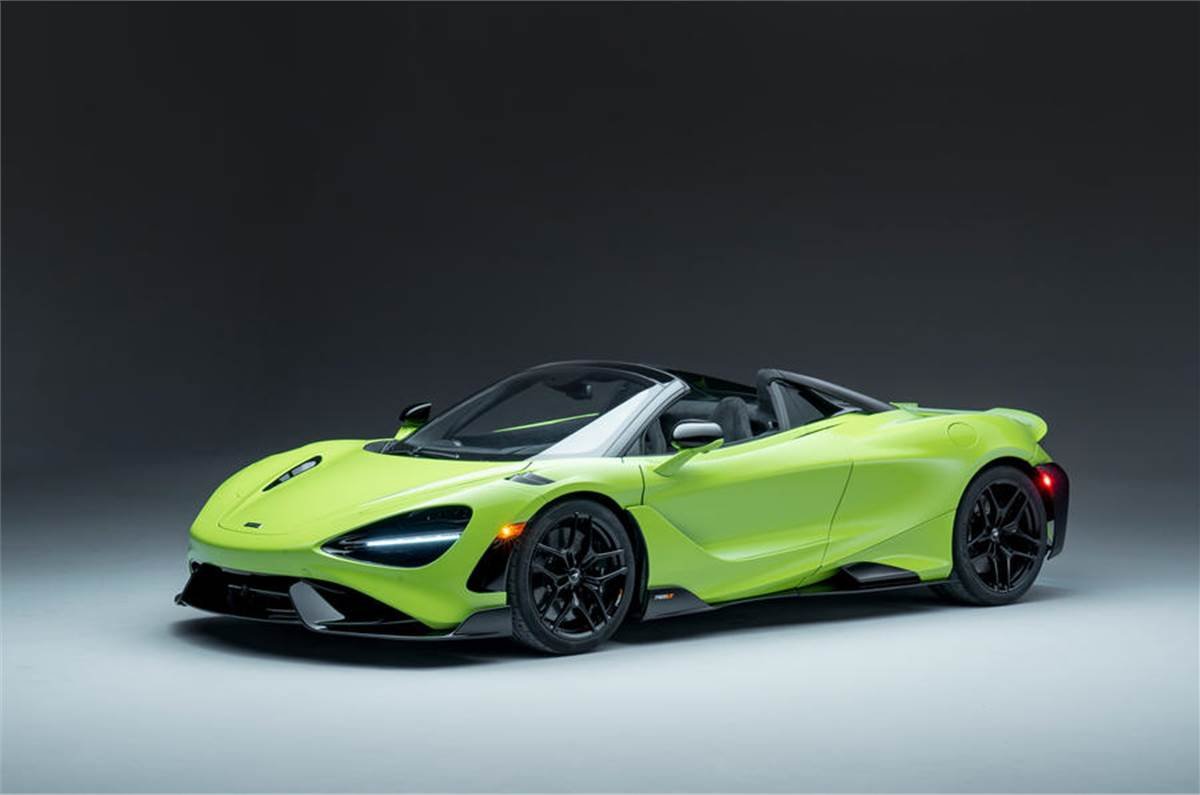 McLaren has unveiled the 765LT Spider, which the company claims is the fastest convertible it has ever manufactured and delivers the “highest-ever levels of driver involvement” for a model in its line-up of track-focused “Longtail” cars.

The 2021 McLaren 765LT Spider is the convertible version of the 720S that is lighter, sharper, and more focused. It is 49kg heavier than the Coupe due to its retractable hardtop, which can be raised or lowered in 11 seconds at speeds up to 50kph, although it is still 80kg lighter than the 720S Spider at 1,388kg. The new car, like all other McLaren LT models, makes considerable use of carbon fiber to decrease weight wherever possible. When closed, the single-piece convertible roof has a carbon fiber frame with a noise-reducing foam core integrated into, according to McLaren, creating a full carbon shell. As a result of the lack of a central seal, the company was able to increase headroom and lengthen the roof panel, allowing the A-pillars to be moved forward. The folding system is driven by eight electrical motors, and McLaren claims that when in use, the sound level would not exceed 60 decibels.

The back window is controlled by a separate motor, allowing it to be lowered independently of the roof and allowing passengers to hear the quad titanium exhaust system.
A front splitter and bumper, lower door blades and side skirts, and a wraparound rear bumper are all included in the 2021 McLaren 765LT Spider’s aerodynamic carbon fiber exterior. The active ‘Longtail’ rear wing is retained on the convertible, although it has been re-calibrated from the Coupe model to improve performance with the Spider’s top up and down, as well as account for the car’s changed rear profile.

The Monocage II-S structure used by the 2021 McLaren 765LT Spider is identical to that used by the Coupe, with the exception of an added carbon fiber top structure around the engine bay and two new structural supports bonded into the chassis to provide rollover protection.

The lightweight cockpit design with carbon fiber, Alcantara-covered race seats, and door nets in place of pockets are all carried over from the Coupe. To conserve weight, the floor carpet, air conditioning, and stereo system have all been deleted; however, like with the Coupe, the latter two are available as extras. The Spider, like the Coupe, has McLaren’s Active Dynamics Panel, which has three gearbox and suspension settings. The Spider’s doors lack an upper carbon-fiber frame, making them smaller and lighter than the Coupe’s and requiring only a single hinge to open.

McLaren’s Special Operations division will also provide a variety of personalization options for the new model, including a Clubsport Pack with additional weight savings, carbon-ceramic brakes, and track telemetry. The exterior design accents on an LT Black Pack are gloss black.

McLaren finally confirmed its debut in the Indian market earlier this year. The Infinity Group has been designated as the British supercar maker’s dealer partners and official aftersales support, and the GT, 720S Coupe, 720S Spider, and Artura will be available in India. These aforementioned vehicles’ ex-showroom costs have also been revealed.

Are you excited about the 2021 McLaren 765LT Spider launch in India? Comment down below