The 2022 Skoda Kodiaq has been introduced in our market, with prices ranging from Rs 34.99 lakh for the base Style trim to Rs 37.49 lakh for the top-spec L&K trim (ex-showroom, India). Bookings for this high-end SUV have also begun, with deliveries expected to begin in the coming days.

The Kodiaq returns to Skoda’s lineup nearly two years after it was discontinued in April 2020, as a result of Skoda’s decision to discontinue its diesel range during the BS6 transition.

Skoda refreshed the Kodiaq in international markets last year, and many of the changes have been carried over to the India-spec model. The new and more upright grille, an elevated bonnet, revised headlights with new LED Daytime Running Lamp signatures, and a tweaked front bumper are among the changes. With the exception of the new alloy wheel design, the Kodiaq has remained unchanged in profile. The taillights and bumper have been slightly updated in the back, but the rest of the vehicle remains largely unchanged. 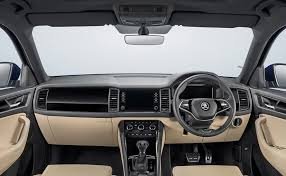 The 2022 Skoda Kodiaq dashboard is similar to the pre-facelift model in terms of basic layout and design. The most noticeable interior design update is the addition of Skoda’s new two-spoke steering wheel, which is seen on all Skoda models, including the Superb, Octavia, and Kushaq. The Kodiaq is still available with three rows of seating, as it was previously.

In terms of equipment, the Kodiaq facelift adds some new features over the previous model. The most notable of these new features is dynamic chassis control, which adjusts the damper firmness based on the drive mode. Heated and cooled front seats, wireless Android Auto and Apple CarPlay connectivity, a wireless charging pad, and a 12-speaker Canton sound system are among the other new features (as against 10-speaker on the pre-facelift SUV). 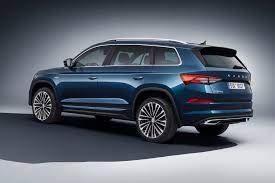 The 2022 Skoda Kodiaq is powered by a 2.0-liter, four-cylinder TSI turbo-petrol engine (same as the unit found in other models such as the Octavia and Superb) that produces 190hp and 320Nm. This engine is mated to a 7-speed automatic transmission, and all variants come standard with all-wheel drive. Skoda has removed the 150hp, 2.0-liter diesel engine from the pre-facelift model’s lineup entirely.

Skoda’s three-row monocoque SUV currently lacks a direct competitor in the market, at least until the Jeep Meridian arrives later this year. However, given its price, the Kodiaq competes with other premium SUVs such as the recently redesigned Volkswagen Tiguan and the diesel-powered Citroen C5 Aircross.

Are you excited about the 2022 Skoda Kodiaq? Comment down below