Every year, the school invites students to design their dream car based on an existing Skoda model, with prior projects including the Scala-based Slavia convertible and the Kodiaq-based Mountiaq pick-up truck.

The Skoda Kamiq Rally crossover will be the basis for this year’s automobile, which will be developed and produced by a team of 25 students. Plans to convert it into a Dakar-style off-roader may be seen in sketches.

There are no intentions to put it into production, as is customary. Unlike earlier ideas, however, it was developed in collaboration with Skoda Motorsport, the Czech company’s World Rally Championship team. This year, it is celebrating its 120th anniversary by assisting in the development of the concept.

Although no date has been set for the presentation, prior student cars have been shown off at the annual Wörthersee motoring festival in Austria, which will take place at the end of May. “The rally version of the Kamiq provided unique hurdles for the trainees’ ingenuity,” said Skoda design chief Oliver Stefani. They wrote down and incorporated a lot of wonderful suggestions into the project.” 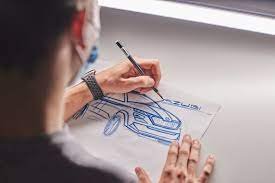 The annual student vehicle project debuted in 2014 with the Citijet roadster, which was based on the Citigo. The students are in charge of the car’s design and construction, which aids in their training to become full-time employees.

Skoda is working on bringing the new Slavia sedan to India, which will make its world debut later this year. Furthermore, the new Kodiaq SUV with a petrol engine is slated to hit the market soon.

Are you excited about the Skoda Kamiq Rally launch? Comment down below