Facebook2TweetLinkedInPin
Contents hide
1 Toyota has unveiled the 2020 Yaris Cross in Europe.
2 Are you waiting for its India launch? Comment Down.
3 Also, See

Toyota has unveiled the 2020 Yaris Cross in Europe.

Toyota has officially unveiled its smallest SUV for Europe, the Yaris Cross. A segment only for those, who refuse to compromise. The new Yaris cross focuses on the latest-gen Yaris hatchback which is designed by truly focusing on the European customers and is currently available in the European market. Toyota Yaris will feature a hybrid power train as well as all-wheel-drive technology. 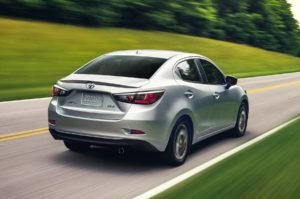 It was expected to have its debut at the Geneva motor show in March but was canceled due to the ongoing COVID-19 situation. 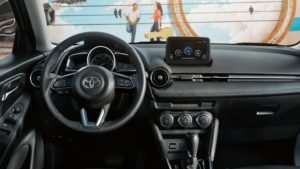 The new Yaris cross slots below the C-HR globally, measuring in at 4180mm long, 1765mm wide and 1560mm high, with a 2560mm wheelbase.
The SUV gets a stylish interior with ambient lighting, with a free-standing infotainment screen and lots of bits from the European-spec Yaris hatchback. According to Toyota, the cargo area is said to have an adjustable floor and split-folding rear seats for added practicality. 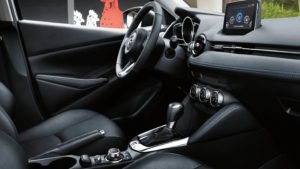 The pint-sized SUV’s cabin closely resembles that of the new Yaris, with a large, Apple CarPlay- and Android Auto-equipped infotainment touch screen fitted on the dashboard. Nestled in front of the driver is a semi-digital instrument cluster, while lower down in the interior there’s multi-zone climate control and an electric parking brake.

According to TOYOTA, the combustion engine has a thermal efficiency of up to 40 percent and can provide power to the SUV in front-wheel-drive mode. In case of any poor grip, the AWD system kicks in to tackle different terrains like rain, sand, and snow.

Performance and the economy figure is only available for the hybrid system, which produces 85kW of power and exhales 120 grams per kilometer of CO2 on the European WLTP cycle.

Toyota has already upgraded its specifications to meet BS6 norms. Toyota Yaris Cross production is set to commence later this year alongside the Yaris hatch.

Are you waiting for its India launch? Comment Down.

TVS Officially Discontinues Wego In India. To Be Only Sold Internationally