The Honda CB300R was sold in India between February 2019 and April 2020 before being phased out due to BS6 rules. The business has recently stated that the naked motorbike would be relaunched as a locally produced model in India.

The BS4-spec CB300R was powered by a 286cc, four-valve, single-cylinder, liquid-cooled DOHC motor mated to a 6-speed gearbox. At 8,000rpm, its engine produced 30.4hp and 27.4Nm of torque at 6,500rpm. While Honda has yet to release the new BS6 model’s characteristics, they are likely to be quite similar to the BS4 model.

Interestingly, Honda has yet to release a Euro 5 (BS6) standard version of this motorbike in foreign markets, which means India may be the first to receive the revised model. 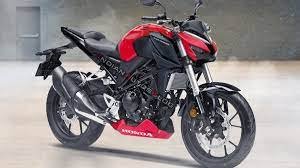 The suspension and brakes look to be the same as on the earlier model, however, the fork appears to be finished in gold color. The radiator cowl looks to be darker than previously as well.

In India, the BS4 model was imported as a CKD, which resulted in a fairly expensive price of Rs 2.41 lakh. Honda was unable to compete on pricing with the made-in-India KTMs at the time. It will be interesting to see whether Honda can fix this with the relaunched model. For comparison, the KTM 390 Duke now costs Rs 2.87 lakh, while the BMW G 310 R costs Rs 2.60 lakh. 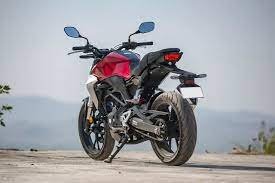 Honda’s premium Big Wing network has been steadily expanding, and dealers will be glad to have another reasonably priced motorbike to sell alongside the popular H’ness CB 350 and CB 350 RS models. The firm now has 88 touchpoints and expects to have 100 by the end of the fiscal year.

Are you excited about the 2022 Honda CB300R launch? Comment down below