Ducati today announced the debut of the Multistrada V4 in India, with a starting price of Rs 18.99 lakhs (ex-showroom).

The Multistrada V4 S has also been released, with pricing ranging from Rs 23.10 lakhs to Rs. 23.30 lakhs (ex-showroom) depending on the colour selection.
Both the Ducati Multistrada V4 And V4 S are available in Ducati Red as standard, with the latter also available in Aviator Grey.

The Multistrada V4 has a strong yet stylish appearance. The bike looks great from every angle, whether it’s the heavily loaded front end with modern lighting, beak, and flyscreen, or the sleek rear portion.

The Ducati Multistrada V4 And V4 S will hit stores early next week, driven by a 1158cc liquid-cooled engine with 170 HP and 125 Nm of torque. It’s mated to a 6-speed transmission with a slip-and-assist clutch. Although the adventure tourer is sporty in appearance, it has a number of practical amenities, such a designated compartment on the fuel tank for storing and charging a smartphone and a height-adjustable seat, to mention a few.

The Multistrada V4 has a 5-inch TFT display, whilst the V4 S has a 6.5-inch colour TFT display that can be adjusted. Ducati Connect and Ducati Multimedia System are also included on the bikes (DMS). The V4 S adds features including Vehicle Hold Control (VHC), Ducati Quick Shift (Up/Down), and Cruise Control to the base model’s Ducati Safety Pack (DSP).
The front and rear radar rider-assistance systems, which operate adaptive cruise control and blind-spot detection capabilities, are the most essential technology on the bike. The radar system is only available on the top-of-the-line model. 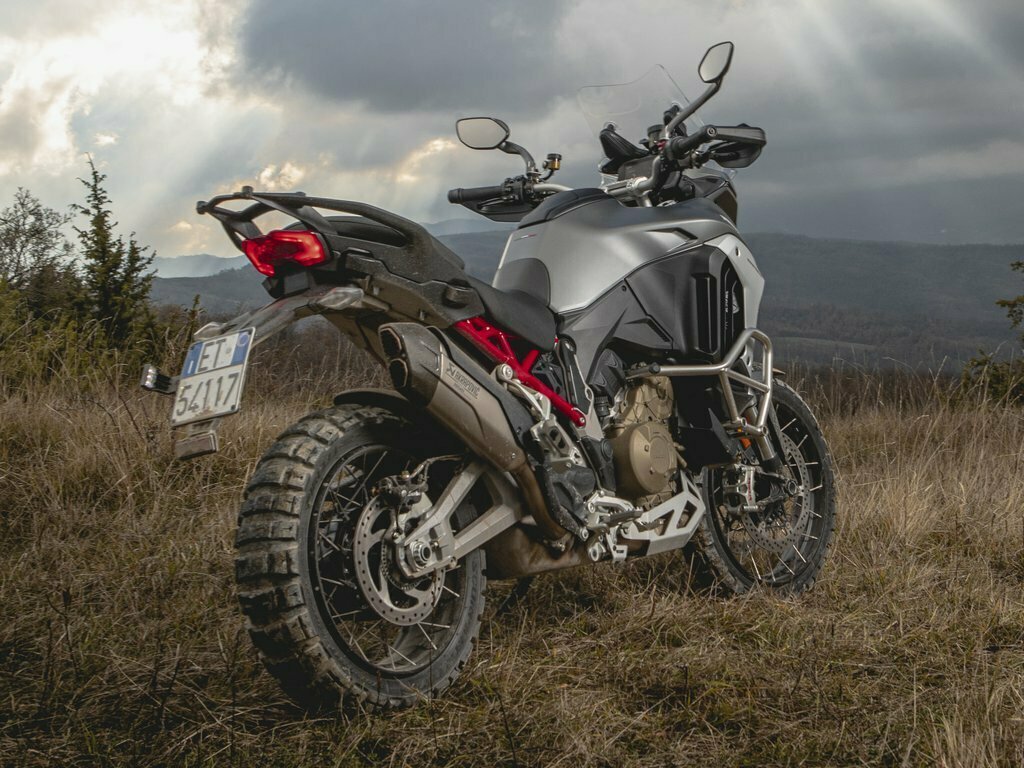 Are you excited about the Ducati Multistrada V4 And V4 S? Comment down below