Facebook8TweetLinkedInPinEmail
Contents hide
1 BMW iX3 EV SUV unveiled
2 Are you excited about the BMW iX3? Comment down below
3 Also, see

BMW ‘s second full-electric model, the iX3, was released in the form of manufacturing, two years after its introduction as a prototype. First previewed at the 2018 Beijing motor show, the BMW iX3 is breaking new ground by becoming the first BMW manufactured for export to key world markets in China.

The electric SUV is placed above the i3 hatchback based on the third-generation X3 and incorporates what BMW describes as its fifth-generation eDrive technology. It features a newly developed combination of electric motor and battery, which offers 286hp and 458 km of official WLTP range. The BMW iX3, the first of three new hybrids, I BMW models to go on sale in foreign markets over the next 18 months, will be assembled exclusively at a joint venture factory run by BMW and Chinese carmaker Brilliance over Shenyang, Liaoning, China. 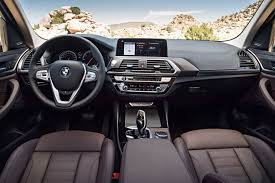 Although its body style may indicate that it offers four-wheel drive, the iX3 is intended to be solely rear-wheel drive. Power comes from a 286hp and 400Nm torque rear-mounted electric motor channeled into a single-speed gearbox.

The BMW-developed engine prevents the use of rare-earth metals, improving environmental credibility, and also reducing the cost of development. Power density is said to be 30 percent higher than the motor of the i3. It’s also designed to achieve its peak torque at higher sustained revs than any of the earlier BMW engines. Sources say that it can go up to 17,000rpm, compared to the 14,000rpm of the i3.

As well as appearing in the BMW iX3, this fifth-generation motor is set to be used in the new i4 compact sedan and the iNext large SUV in a more aggressive mode – all expected by the end of 2021.
BMW reports a 6.8sec 0-100kph time for the 2.185 kg iX3 – 0.4sec slower than the 251hp, 4-cylinder, turbocharged X3 sDrive30i petrol. The peak speed of the iX3 is limited to 180kph for range safety. An 80kWh gross (74kWh net) lithium-ion battery pack which operates at 400V provides energy. When incorporating the battery into the floorpan, BMW claims to have lowered the center of gravity when up to 75 mm for improved dynamic performance over traditional X3. BMW provides a range of different charging options for the iX3 including 150kW DC rapid charging in 34 minutes for an 80 percent fee.

BMW has not yet confirmed plans for bringing the BMW iX3 to our market, but it has recently launched the 8 Series in India, both in the Coupe and Gran Coupe form, along with the X6 SUV coupe. Also, the carmaker has launched a new X7 SUV variant of the range-topping M50d.

Are you excited about the BMW iX3? Comment down below