Mercedes Benz AMG-Tuned EQ Electric Models Are On The Way Mercedes Benz AMG-Tuned EQ Electric Models Are On The Way

The two big subbrands of Mercedes-Benz will converge in the future, with ambitions, according to the CEO and the R&D chief of the company Markus Schäfer, for delivering full-scale iterations of EQ models around the range of electrics.

After the announcement of the latest EQA, Schäfer stated to journalists that “an electric platform for the AMG is in progress.” Although no particular platform information was presented, he continued the statement by saying, ‘Performance variants of EQA, B, S, E will be available.’

Although dates are not yet reported for these models, expect the EQA to be first aligned with the AMG, as it will be the first of those models mentioned. 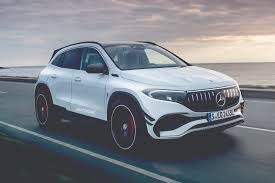 Other products include a GLB7-seat EQB, a Luxurious EQS and SUV, and an EQE Sedan and SUV. Other items are available. Larger versions are expected to contend with EV equivalents from rivals with outputs of over 608hp in AMG form. For these versions, the four-wheel-drive has an advanced torque vector feature, with a motor on each axle.
It seems a logical development, considering the behavior of rivals, to deliver AMG-tailored EQ models. Audi will sell its E-Tron GT electric sedan apart from the existing Tesla performance models with an RS version, and BMW will announce that it will have an M-tuned i4 later this year.

With its GLC-based EQC SUV launches, last year in India Mercedes-Benz began its EQ Subbrand, but the product most likely will be the EQC Sedan that is scheduled to make its debut in the coming months. 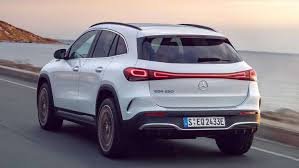 Though Mercedes-Benz recently announced that 15 models are to be launched in2021, it remains to be seen if India will receive the Mercedes Benz AMG-Tuned EQ Electric Models.

Are you excited about the Mercedes Benz AMG-Tuned EQ Electric Models? Comment down below