Land Rover has disclosed the features of the plug-in hybrid (PHEV) versions of its Discovery Sport mid-size and Range Rover Evoque compact SUVs. Jaguar Land Rover was keen to push in electrified cars into the global market and has come up with the PHEV versions of the SUVs to put a bang in that direction.

The SUVs came with an electric-only range of up to 66km and CO2 emissions as minimalist as 32g/km for the Evoque and 26 g/lm for the Discovery Sport on the WLTP cycle. Dubbed as the P300e, both are skilled with the same plug-in hybrid system as the 1.5-liter turbo Ingenium petrol engine and is paired with an integrated starter generator. Both works with an inverter and supplies a high voltage of power to the system. Discovery Sport is available in 2 variants. All the variants are Automatic. 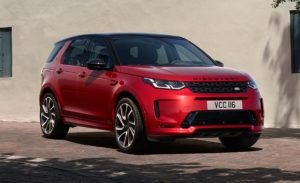 Both the Range Rover Evoque and the Land Rover Discovery Sport are available with the 1.5-liter, 3 cylinder Ingenium engine which is capable of producing a maximum power output of 200 PS and 280 Nm of highest torque.

The three-cylinder engine makes its Jaguar Land Rover range debut in the Evoque and Discovery Sport PHEVs and is 27kg lighter than the company’s existing 2.0-litre turbocharged four-cylinder motor. The Range Rover Evoque and the Discover sports are available in Five-door and Convertible body styles. The Five-door features a Five model line-up: Pure, SE, SE Dynamic, HSE, and HSE Dynamic.

Did the Landrover take a great decision? Comment Down.