During this Lock down Tata has added a new XZ+(S) variant to the Nexon series silently. The new variant’s price start at Rs 10.10 lakh for the petrol-manual and Rs 11.60 lakh for the diesel-manual model. The automatics (XZA+(S)) are priced from Rs 10.70 lakh and Rs 12.20 lakh, respectively.

The S variant gets some additional features over the XZ+, with one the most noticeable ones being the addition an electric sunroof, which was ­previously exclusive to the XZ(O) variant. Other equipment from the XZ(O) variant also make their way into the new variant. It including the leather wrapped steering and gear-knob, tyre pressure monitor, auto headlamps and auto wipers, cruise control and an Xpress cool function for the climate control system. Though the company’s connected-car technology, remains exclusive to the fully-loaded XZ(O) trims. 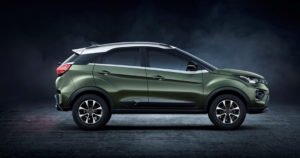 Engine options include a BS6-compliant 1.2-litre turbo-petrol and 1.5-litre diesel engines, each occupied with a 6-speed manual or AMT gearbox option.

Addition of a sunroof to the lower trim could give the Nexon an extra consideration in the market, because of the popularity of the feature amongst Indian buyers. The Nexon facelift will compete against the most popular Hyundai Venue, the newly-launched Maruti Vitara Brezza facelift, Ford EcoSport and the Mahindra XUV300.

All prices are ex-showroom, India.