The Ioniq 5, Hyundai’s flagship EV, is set to arrive in India. Last year, the company announced plans to introduce six new EVs to the Indian market over the next seven years. According to reports, the Ioniq 5 will be the first of these six EVs to be released in 2022. The date and month are still unknown, but we expect the brand to make an official announcement soon. Given the current semi-conductor shortage and increased car waiting times, we anticipate that the car will be imported as a Completely Built Unit (CBU), which will raise costs. In terms of design, the car has a mean yet futuristic appearance, complete with pixel-inspired lights. The front design is very simple, with a sharp appearance and bold character lines on the bonnets. The wheels are given a unique diamond-cut design. The rear has a more complex appearance, with pixel-like taillights and a muscular and edgy bumper. 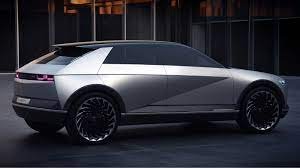 The Hyundai Ioniq 5 EV will be available with two battery capacities: 58 kWh and 72.6 kWh, as well as a single or dual-motor configuration. The single motor configuration generates 167HP and 350Nm of torque. The top-of-the-line Hyundai Ioniq 5 EV comes with a dual-motor setup and a capacity of 72.6 kWh. This configuration generates 298BHP and 605Nm of torque. This model can go from zero to one hundred in 5.2 seconds. It is built on the E-GMP platform, which supports charging at both 400 and 800 volts. Hyundai claims that a 350kW fast charger can charge the Ioniq 5 from 10% to 80% in about 18 minutes. 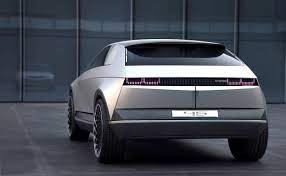 Aside from power, the Ioniq 5 has an impressive range. The EPA has confirmed that the Ioniq 5 has a range of approximately 500 kilometers (exact range: 487Km). With such a range, the Ioniq 5 can compete with vehicles such as the Audi RS e-Tron and the Ford Mustang Mach-E, among many others. This vehicle is also available in an all-wheel-drive configuration with a slightly shorter range of 411 kilometers. In terms of safety, the car has also proven its worth. Euro NCAP awarded the Ioniq 5 a 5-Star rating a few days ago.

Are you excited about the launch of the Hyundai Ioniq 5 EV? Comment down below